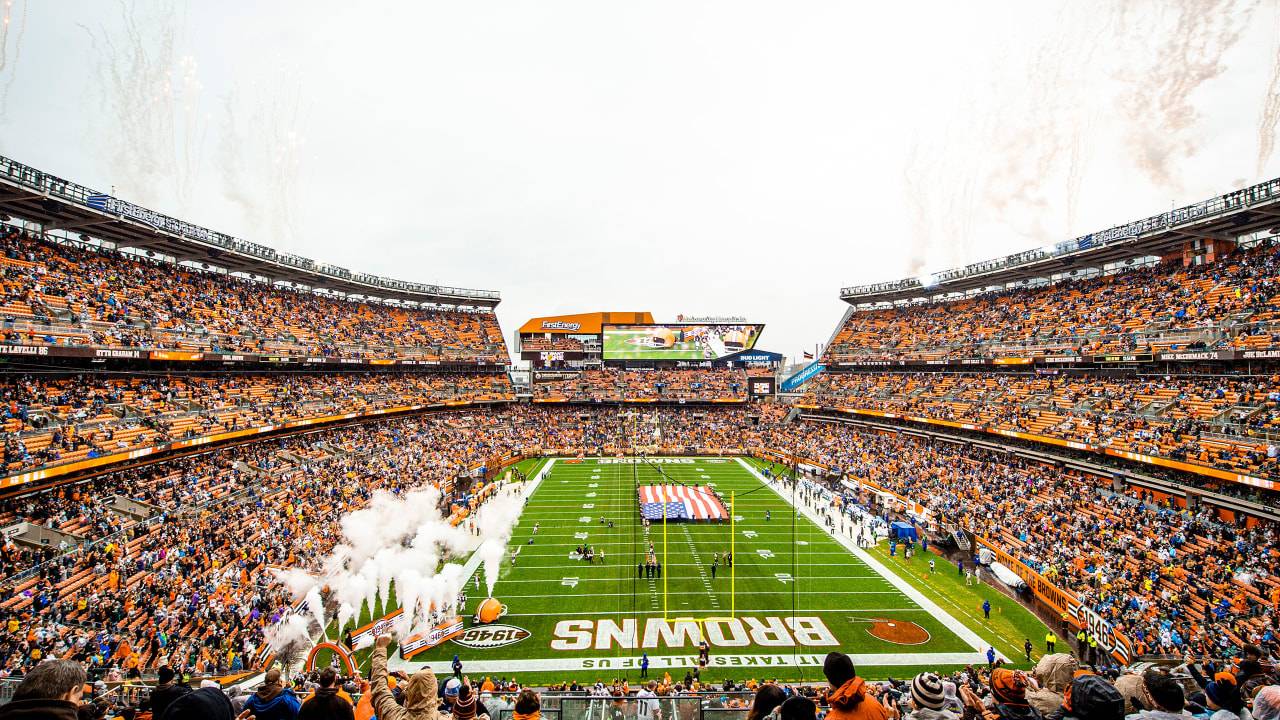 PALM BEACH, Fla. — Dee and Jimmy Haslam said Tuesday at the NFL Owners Meetings that they are exploring options to upgrade FirstEnergy Stadium or seek plans for construction of a new stadium in Cleveland.

The Haslams, who have owned the Browns since 2012, told reporters at The Breakers hotel that their options will depend on how the city moves forward with plans to renovate its lakefront area, which hosts FirstEnergy Stadium. The Browns in May added their support toward the City of Cleveland’s vision to enhance connectivity between the downtown area and lakefront.

FirstEnergy stadium has served as home of the Browns since the franchise returned to Cleveland in 1999.

“The city and The (Greater) Cleveland partnership has taken over the waterfront development piece, and we have committees working on that,” Dee Haslam said. “Our part now is how we bring the stadium up to a better standard, so I think we’ve started interviewing and thinking about architects and consultants.

“We’re kind of in that very beginning stage and can start having those conversations, and hopefully marry it with the work that the city and partnerships are doing on the waterfront development.”

It’s worth stressing again that plans are still very much preliminary.

The Haslams couldn’t offer any additional information beyond expressing their interests in enhancing the home of the Browns, but the talks have begun, and they’re committed toward exploring all possibilities in building a better stadium.

“We’re going to talk to a lot of people who are outside-of-the-box thinkers,” Dee Haslam said.

The Columbus Crew today announced in a commitment to improving the quality of education for students in Ohio, the Crew h...

The Browns are dedicated to promoting workplace diversity, equity, and inclusion and have welcomed and focused on the de...

The Browns are pleased to welcome four new fellows to the Haslam Sports Group as part of Year 2 of the HSG Diversity and...

OH No! Looks Like You're Using an Outdated Browser.

As of January 2020, there are no longer any security updates for Windows 7 and Internet Explorer.  Because of our efforts to protect our Fans, we have security layers put in place to protect your personal information.

We appreciate your understanding in our efforts to protect our fans!